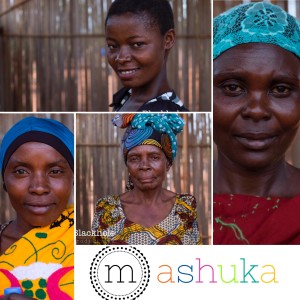 Client story: TOMA-Now is currently working with a social impact driven start-up, Mashuka helping to craft their vision and strategy. Their story is too good not to share! We recently sat down with the entrepreneurs behind Mashuka to learn more about their incredible story on how this business came about, their plans and the driving need to create meaningful change through social impact.

What is Mashuka and how did this business come about?

Mashuka is an Urdu word translated as “beloved”. The company name, Mashuka, is a combination of the Swahili word for handcrafted quilts (shuka) and the love the makers want to send out in the world.

Jacqueline, a former inhabitant of Kigoma, now lives in Cape Town, South Africa and  started to disseminate shukas from Kigoma to Europe and America. Due to a lack of infrastructure and resources she consulted with Yolanda van Wyk for advice and assistance to formalise and grow the business.

In October 2017, Yolanda assembled a small team who embarked on an authentic expedition from Cape Town to Kigoma to meet the Makers. Our purpose was to understand their circumstances, environment and document their process. We got a lot more than we hoped.

Who is involved and who are the founding members?

The cross-border entrepreneur team are,

What are some exciting things about Mashuka that make it different?

Mashuka focuses on art-preneurship (art + entrepreneurship), social cohesion and cultural exchange between African countries and the rest of the world. By crafting these shukas, the Makers who are predominantly women and mainly refugees and victims of human trafficking, provide much more than a source of income for their families – the crafting is practiced as a therapy of healing and dealing with loss.

What kind of impact do you envisage? How do the communities of Tanzania and South Africa stand to benefit?

The long term goal is to establish more collaborations between South Africa and Tanzania. Mashuka facilitates the co-creation of product and income for Makers in Tanzania and Cape Town. In Kigoma, the Makers craft the shukas and distribute to Cape Town for finishing and packaging. It is a joint effort to send joy and a little piece of African heritage to the rest of the world.

What are the challenges / complexities?

In crafting the products, Mashuka faces numerous challenges. Money transfers between South Africa and Tanzania are expensive. We are working towards a more cost effective system. Language is also a challenge but we believe a picture tells a thousand words and this is a barrier that can be overcome. An unexpected challenge, is the lack of identification documents and ability to travel easily between African countries.

Mashuka is about crafting lives. Creating a better life for the women of Africa while utilising the skills they already have. We will release a short documentary of the expedition to show the makers and the circumstances that lead them to create.

How do people get a hold of you if they’d like to learn more?

Latest From Our Blog

This year we’ve taken the time to empower, inspire and build towards more resilient business practices. We’ve been blazing new paths, but now we need to know if it’s a path others want to follow.

Tell us what you think

This site uses cookies. By continuing to browse the site, you are agreeing to our use of cookies.

We may request cookies to be set on your device. We use cookies to let us know when you visit our websites, how you interact with us, to enrich your user experience, and to customize your relationship with our website.

Click on the different category headings to find out more. You can also change some of your preferences. Note that blocking some types of cookies may impact your experience on our websites and the services we are able to offer.

These cookies are strictly necessary to provide you with services available through our website and to use some of its features.

Because these cookies are strictly necessary to deliver the website, you cannot refuse them without impacting how our site functions. You can block or delete them by changing your browser settings and force blocking all cookies on this website.

These cookies collect information that is used either in aggregate form to help us understand how our website is being used or how effective our marketing campaigns are, or to help us customize our website and application for you in order to enhance your experience.

If you do not want that we track your visist to our site you can disable tracking in your browser here:

We also use different external services like Google Webfonts, Google Maps and external Video providers. Since these providers may collect personal data like your IP address we allow you to block them here. Please be aware that this might heavily reduce the functionality and appearance of our site. Changes will take effect once you reload the page.