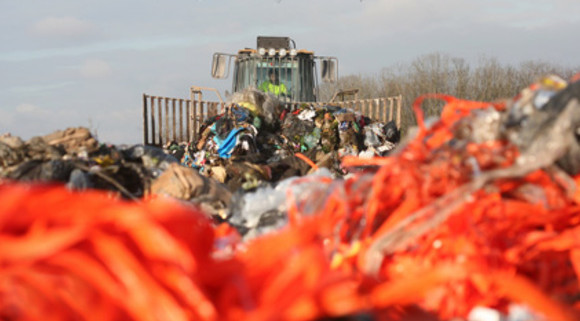 Waste management and the waste economy has become a topic of increasing importance globally and in particular South Africa. South Africa needs to devise more effective ways to reduce waste produced, primarily due to mounting pressure on landfill sites. The Department of Environmental Affairs reports that the majority of landfill sites in South Africa are reaching capacity. In the Western Cape, only 71 of the 164 landfill sites are operational and the largest of which has only a year left before it reaches capacity. A significant amount of waste currently sent to landfill, is in a position to be recycled with available technology.

The appetite for recycled raw materials, with their lower energy costs and reduced carbon footprint is gradually being recognised and increasing globally, with a number of recycling waste industries currently thriving. As industries utilising recycled raw materials gain momentum, it becomes critical that supply is constant. The recycling value chain does not end at recycling. Instead, it allows for greater opportunity for economic growth, reduced environmental footprint and a means of addressing consumer concerns.

Why is waste management so critical in South Africa – Disposal of waste in landfills has been the predominant disposal method. This makes the primary focus acquisition of land for landfill use. However, with growing urbanization and improved living standards, this has increased the number of landfill sites needed, with a significant increase in the amount of waste generated.

According to a World Bank report from 2016, South Africans produce 54 425 tonnes of waste daily, making it the 15th highest rate in the world. The average amount of waste generated per person per day in South Africa is close to 0,7 Kg. This is closer to the average in developed countries, rather than developing countries.

According to UN statistics, in 2018, South Africa will have 62% of its population living in urban areas, with an anticipated rise by 2025 to 69.4%. This places a significant strain on our natural resources, not to mention needs for waste disposal.

Given the amount of waste generated, this has the potential be a burgeoning economic sector with at least 29,000 people being employed, in 2013.

Here are 3 key steps in creating an effective waste economy for your organisation.

Want to be part of creating a viable waste economy and waste value chains? Contact us on info@toma-now.com 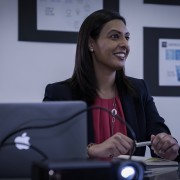 Jaisheila Rajput is Founder & CEO of TOMA-Now | Tomorrow Matters Now. She  strongly advocates the use of green economy business models and actively supports organisations looking to rapidly innovate their business.

Jaisheila holds a PhD in Chemistry from the University of Cape Town.

Latest From Our Blog

This year we’ve taken the time to empower, inspire and build towards more resilient business practices. We’ve been blazing new paths, but now we need to know if it’s a path others want to follow.

Tell us what you think

This site uses cookies. By continuing to browse the site, you are agreeing to our use of cookies.

We may request cookies to be set on your device. We use cookies to let us know when you visit our websites, how you interact with us, to enrich your user experience, and to customize your relationship with our website.

Click on the different category headings to find out more. You can also change some of your preferences. Note that blocking some types of cookies may impact your experience on our websites and the services we are able to offer.

These cookies are strictly necessary to provide you with services available through our website and to use some of its features.

Because these cookies are strictly necessary to deliver the website, you cannot refuse them without impacting how our site functions. You can block or delete them by changing your browser settings and force blocking all cookies on this website.

These cookies collect information that is used either in aggregate form to help us understand how our website is being used or how effective our marketing campaigns are, or to help us customize our website and application for you in order to enhance your experience.

If you do not want that we track your visist to our site you can disable tracking in your browser here:

We also use different external services like Google Webfonts, Google Maps and external Video providers. Since these providers may collect personal data like your IP address we allow you to block them here. Please be aware that this might heavily reduce the functionality and appearance of our site. Changes will take effect once you reload the page.